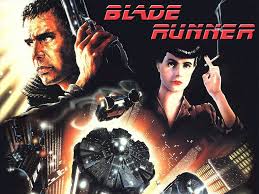 Humanity. After the creation of synthetic humans, what distinguishes humanity from replicants becomes unclear. A replicant is made of biologic compounds. Unlike robots, it can cry, it must consume food, it has a pulse. However, their livespan is short, only 4 years. Their entire life is spent in adulthood. Their humanity is incomplete, lacking empathy for animals, humans and other replicants. Replicants are outlawed on Earth. An empathy test is given to determine the humanity of a subject.

In the final moments of the movie, the replicant Roy exhibits signs that he has evolved beyond his programming. He saves from death the blade runner Deckhard, who was sent to retire him. If a replicant has the ability to empathize, there may be not means of distinguishing them from humanity. But if empathy was the only trait they lacked, would that not make them human?

It is unclear or at least open to debate whether our protagonist Deckhard is a replicant as well. Some replicants, such as Rachael, have implanted memories and are unaware that they are replicants. Rachael also develops emotions which previous models of replicants could not.

If the replicants are considered human, their use as personal property or weapons would be slavery. With the risks that are caused by developed intelligence and emotions, why would the Tyrell company take such a risk by creating these? Perhaps Tyrell is playing God. He creates life, manufactures memories but his beings are superior to humans in strength and intelligence. But he is an impotant God, unable to control or even save his creations, self-imprisoned in sterility.